A minimum viable product (MVP) is the least amount of features and functionality required to test a concept, validate it and then get it to market. It is the starting point to begin validated learning on what you’re proposing to put to market and helps in evaluating the risks and threats before putting an idea into real life.

This means it’s not the finished product or the razzle dazzle end vision. It’s a way to best understand whether the concept you’re providing to a particular problem is the right start to a solution for your end users. This is why it’s important to start with the most essential features, without the bells and whistles, to check that you’re on the right track and keep expanding from there. Ensuring you validate direction at every step of the way. 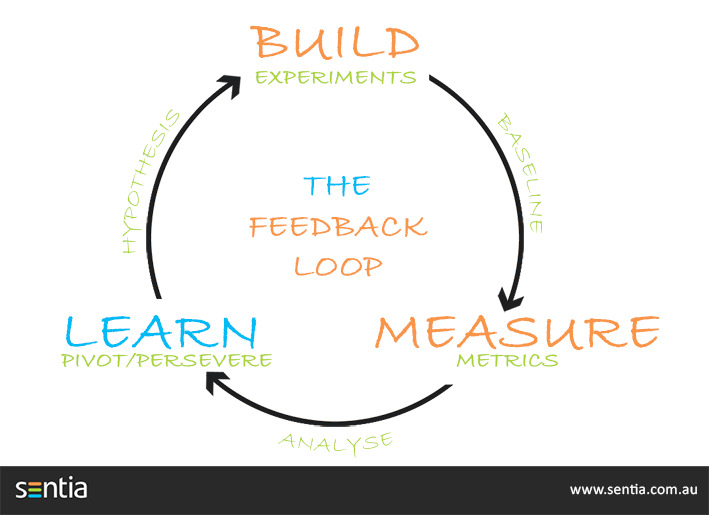 The benefits of focusing on an MVP will help bring the product to market sooner, maximize budget, and give you valuable ways to improve on existing ideas, user feedback and analytical information. This is because the MVP must be created in a manner which is used to determine three key characteristics:

Designing a simple MVP takes significantly less time than designing an entire web or mobile app with a set of fully loaded features. It also prevents you from designing features that will not benefit your users. People are starting to get smarter about this, and we’re seeing more of our clients, current and new, begin to understand the importance of learning fast on the most efficient path with least resistance. This means less is spent on upfront time and resource in the long run as they recognise that the long list of build requirements can be pared back to only those things which are required to validate concepts in order to check off and continue with ongoing improvements.

How We Define and Build an MVP

A simple bulleted list of the core parts of an MVP:

Some decide to validate through a simple test web page targeted to the test market. Here a basic web page is designed which presents the most basic of solutions to the problem allowing information to be gathered on the concept’s validity. (Note: It’s very important here that the way the page is tested is through gathering information to validate the concept, not simply testing for user sign ups.)

Others have used crowd funding to test whether there is an appetite in the market for a proposed solution. If people want it, they front up the cash at the outset which goes to production and receive said product once launched. (Note: Here that it is still ideal to have initial user testing with a target before presenting a concept for build to a crowd funding target.)

Who are these people who seek out the new concepts to crowd fund and test? They are the early adopters. They’re the ones who see the potential of a solution and want to come along for the ride- watching improvements happen as they make their feedback. They feel a part of the product, helping to shape what it becomes and they thrive on it, often helping to be influencers among their peers with any new products they find.

A third option for testing is to source a well sized sample of your target market and conduct ongoing tests with them, maintaining a valid feedback loop.

What happens when too many features are included in said MVP?

We’ve seen firsthand and read examples where clients push to have certain features beyond the MVP. In some instances, we’ve found that the functionality wasn’t used at those initial stages. Down the track the client forgot what it was for and users didn’t know how to use it. This is an example of a clear waste of resource on an invalidated element that users did not actually require.

What happens when validation doesn’t occur?

This is not a negative, but a real learning. If an idea in the concept falls flat this is where we ask why isn’t it working and gauge from users what a better solution is to that problem or issue. Here it’s possible to shift and pivot solutions to that direction creating what the user actually needs. We have often seen new ideas bubble to the surface that are more insightful than the initial concept, creating opportunity for more successful product offerings.

It’s important to recognise that end visions may not be the final product, but what is created is much more suited to users’ needs as well as a business, creating return for all.

If the MVP fails completely, you can stop development and production before wasting any more time and money on a product that will not gain traction with your target.

Once the MVP is validated, what next?

Once both positive and negative feedback is gleaned continue development of your web or mobile app while keeping user feedback and the product roadmap in mind.
Use lean methodologies to continue adding features with a validated feedback loop that support the business objectives and resolve gaps in the MVP. And be prepared to scale. Good apps come with increasing users that want your build to solve their problem.


Taking the next step

At Sentia, we know how to synthesise your idea into an MVP that has the features which will best validate your concept.
If you’d like an initial chat to better understand how your concept can be the best it can be, get in touch with us via our contact form.

Barelli, Kiyan, March 31 2015, Why Minimum Viable Product (MVP) is Important to Your Business

Gascoigne, Joel, December 1 2013, How to successfully validate your idea with a Landing Page MVP

Qubit labs, Why Is MVP Important For Software Development Projects?